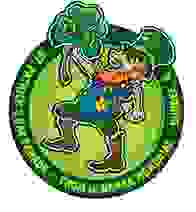 The Parade and the Parade Founder

The parade bears the name of its founder, Thom McNamee, who was 100% Irish and planned the first Patrick’s Day Parade in East Dundee in 2006.

Thom was raised in Carpentersville, one of 11 children.  He and his twin brother, Tim, were lifelong best friends.  They were active in the local Boy Scout troop, both earning the rank Eagle Scout.  Tim and Thom both graduated from John Marshall Law School.  They supported each other in every endeavor, opening a successful law practice in their home town. They worked hard and played hard.  They were affectionately called Mac and Mackers by all who knew them.  They sponsored and belonged to local softball and football teams, always wearing their numbers 12 and 21. Thom was also an international model, working all over the United States, Europe, Japan and Australia.

In 1978, they opened a bar called Wallstreet in East Dundee with partner George Karas.  After Thom’s return from Japan he restyled the bar transforming it to a bold and controversial landmark called Bandito Barney’s Beach Club and Bordello.  The pink and green paint still adorns the fencing as it did in 1985.  Today, Bandito Barneys is still a destination known by many throughout the country.

In 1987, Tim tragically died, motivating Thom to further their legacy of community action. Thom was always passionate about honoring his twin and giving back to the community he loved.  He donated the Tim McNamee Park and canoe launch on the Fox River in memory of the many hours spent enjoying the outdoors.

Thom continued investing in the downtown area of East Dundee, purchasing and renovating several buildings on River Street actively supporting local businesses through his revitalization of the River and Water Street areas.  He purchased the historic Halfway House on the Fox River, remodeling it as a cozy Irish pub and renaming it Rosie O’Hare’s after his grandmother.

Thom passed away in 2009 from cancer, but not before he donned his kilt one last time to march in the parade that ran between his two bars.  In memory of Thom, the street on the North side of Bandito’s was renamed the Honorary Thom McNamee Way and the parade was renamed the Thom McNamee Memorial St. Patrick’s Day Parade. His family and friends honor his commitment to community support by sponsoring the FISH food pantry in the parade.